Traditions are what keep the spirits alive. A tradition that has been alive for the University of Florida Men’s Club Rugby Team is the alumni game that takes place every February.  The alumni game is an unofficial match between the current club team and former gator rugby players, tracing back to the original team.  This year’s reunion was a special one because the club rugby team celebrated its 50th anniversary. The University of Florida’s club rugby team originated in 1969.

According to Gabriel Alexander, current player on the team, there were alumni flying from all over the world to attend this weekend full of activities.

“For alumni, I think their favorite part is coming together to see their old teammates as well as meet the new ones,” said Alexander. “Current players get to hear about the club’s history and their memories from when they were on the team.”

There were two games at the event. The current team even held an extra practice in order to be well prepared for the weekend.

According to Alexander, the team’s practice usually runs the same way. 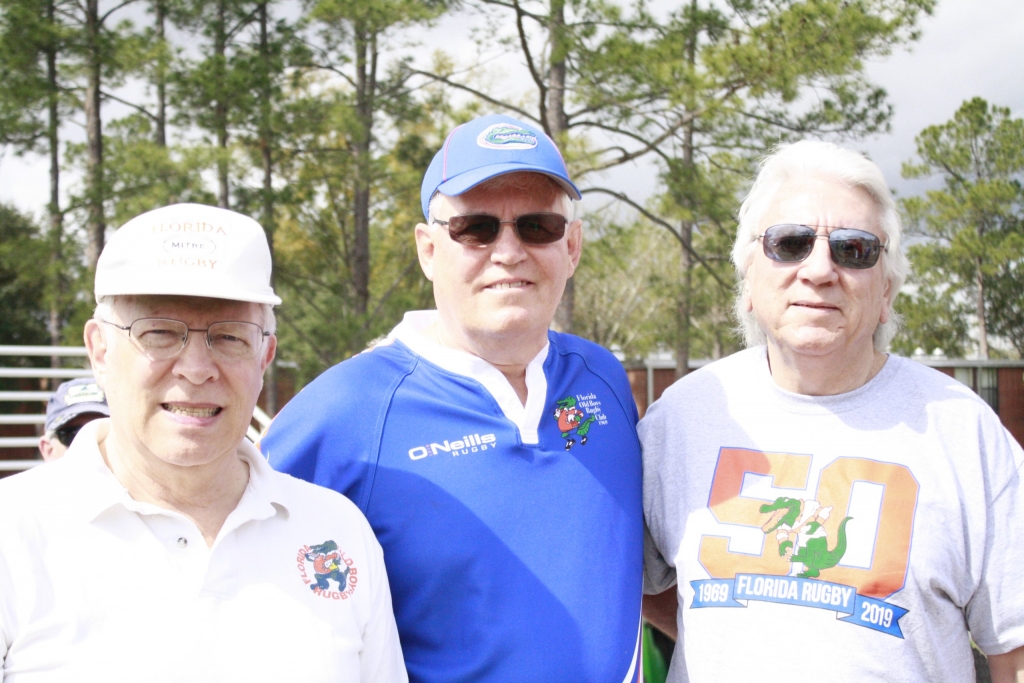 “We practice our basics in the beginning of practice and then we get into macro gameplay,” Alexander said. “Usually we will also deviate from this and practice specialty plays like the scrums or line-outs, incorporating them into some game or competition.”

The basics of rugby include ball handing, tackling and communication.  Not only was there an annual game, but there was also a banquet with about 250 people in attendance. The alumni had the opportunity to participate in an alumni golf game and members got the opportunity to be inducted into the hall of fame.

“I love everything about it,” Everton said. “It’s what rugby is about. You don’t lose touch with anyone.”

McEvers and Rozelle both played 2nd row number eight while on the team starting in 1969.

“Going back and seeing the guys again is my favorite part of this weekend,” McEvers said. “Getting together with George again is very cool. We played together 50 years ago.”

Rozelle said his favorite part about playing rugby was the ability to form friendships with the people he competed against. He said it created a social but athletic environment.

“Reconnecting with the guys I used to be brother in arms with is my favorite part about alumni weekend,” Rozelle said. “We have our own lives and now we get together and see each other again.”

John Ebersole also travelled to Gainesville for the weekend. He played on the team from 1969 to 1972.

Jessie the Dietitian: Do you meet your Maslow's Needs?

Jessie the Dietitian: When did food gain moral status?